Excerpt below of upcoming short story about a stereotypical homicide detective who has a crushing addiction to carbs. Or should I say a “rising” addiction. Eh?

I pushed through the glass doorway. Felt the faint chime above me. Couldn’t hear much in here. Shouldering past the crowd, I made my way to the counter. One of the wait staff caught my eye, hesitated, then pulled past the gathering to take their place behind the counter.

Forcing a quick smile, I pointed to one of the menus behind her. The waitress raised an eyebrow. Made no move to retrieve the menu.

“Are you really trying to order something right now?” she said. Her dark, almost ruby red lips pulling into a frown.

I glanced around. Made a show of it. Turning back and forth, almost completely 180 degrees. “Yes. Yes I am. Don’t seem to be busy with anyone else at the moment.”

“Not busy taking orders. No,” she huffed, jerked a finger toward the nucleus of the crowd muddled around the diner entrance. “Little late for that sort of thing.”

A moment, then, seeing I was not going to be dissuaded: “What’ll it be?” she produced a notepad.

She rotated a menu in front of me. I felt her glare as I ran down the list of items behind sticky lamination.

I looked up, “One of the bread pudding.” I slid the menu back toward her. She slid it back to me.

“Fresh out,” she said, almost grinning as she delivered the words.

Figures. Place like this in the dead of night. The pull of sleep played at the back of my mind. Hadn’t got more than a few hours before the call.

“That stuff’s not good for you anyway,” she said.

I pulled my glasses off, rubbed my eyes. Guess I had to get to work soon anyway. Spectacles back on.

“Fine. Coffee then. With a splash.”

The notepad returned to her apron. Pulling a stained ceramic mug off its peg, she placed it under the dented carafe and filled it.

“I assume you mean a splash of cream,” she said to the wall.

“Can’t really have a splash of sugar, can it?” I said.

She turned back, paused, holding the cup. Her face furrowed into basic anger now.

“Could have been splash of milk, smartass,” she said.

“I guess,” I reached out a hand. Give me the damn joe, woman.

“Or splash of soy milk.”

I retracted my hand.

“Do I look like the type of guy who wants soy milk in his coffee?” I said slowly. The sudden edge in my voice catching some attention from the crowd. I didn’t mind. Used to making scenes when I had to. But dammit, could a man just get a cup of joe in a diner in the middle of the night?

The waitress sighed. Placed the mug in front of me with two small plastic creamers.

I slapped the bill on the counter and rose.

Nearby, those of the crowd that had heard my interaction with the lipsticked degenerate of the service industry, gave me berth to winnow toward the center. Not everyone noticed me however, and a sharp elbow sprung into my shoulder, jarring some of the mug’s contents up and back onto my jacket.

I shot a glance at the offender but instead noticed the cracked faceplate of the clock on the wall beyond. A dark hole burrowed neatly between the five and six. The plastic hammered through, fragmented. And then the other holes bloomed into awareness. In fact, a widespread string of them dotted across the high back wall, with a few chipped into the ceiling at the end of the line. Maybe a dozen or so.

One hole had a long thin crack sprouting from it. Perhaps structural. What a shithole.

I turned back. Saw Sergeant Dezuto.

“Didn’t have much of a choice,” I said, sipping the joe. Tasted like copper filtered through a jockstrap. No amount of cream could…

“You guys tried to reach Phil, yeah?” I asked.

D opened, closed his mouth. “What? Uh, yeah we didn’t call Phil since Chief put him on the Tearer case. Knew you lived close by so we thought easy enough.”

Phil that sonofabitch. Always getting out of the contingency calls. I stopped, pulled Dezuto close by an arm. “Look man, you know how many incompletes I got going on right now?”

He removed my hand with a quick swipe. “Most guys have incompletes. You’re no different, Frank. Just cause you got stuff going doesn’t mean you get out of the duty calls.”

“Stuff going on?” I took another sip. Let him see my reaction to this. Then took the rest of the cup in one big fucking gulp.

“Not hurting,” I let the mug hang from a finger. “Just damn tired.”

“I think anyone going through what you are is hurting. Might not be able to say it, but you are.”

“I’m going to hurt you Dezuto.”

An officer nearby snorted. To be fair, I probably would have too, had I been watching me, a stout Irishman, threaten Dezuto, an Italian Adonis of height and jawlines.

But it was someone else who snorted. So I swung at him, but D caught me and calibrated the fist up into open air. Stumbling into a group of nerds I cursed softly. The white coats grumbled loudly all the usual things. Another drunk cop. Anger issues. Scream into a pillow and let the experts handle the real work. I ignored them until I didn’t.

“This one’s free. Won’t even have to dust for prints to know who did it,” I wound back. The white coats cowered. Dezuto grabbed me again.

I shook free of him. Now everyone was staring. I smoothed my jacket. Took a breath.

“I’m good.” Said it loudly enough so folks could hear further into the crowd.

The lab techs and officer didn’t take their eyes off me as we continued past.

“I just want you to know we’re here for you…” D started.

“Alright, well, see for yourself,” Dezuto pushed the remaining few out of way.

There, in the center of the space ringed by the crowd, lay the torched remains of the vic. My midnight wake-up call had no head. Or, little left that was distinguishable. Someone had blasted the face off.

I felt my own scrunch up.

“Hard stuff, I know,” Dezuto said, watching me. He was the type that wouldn’t look at the corpse again if he could help it. One long look and Dezuto was done. I think vics truly horrified him. He knew he couldn’t not see them in his job, but just the once was a necessary evil. I didn’t have that choice…or that aversion.

“Bad coffee,” I said, by way of explanation. I heard him mumble something that equated to disappointment in me but now I had a brand new vic. And like on Christmas day, it was a gift on many levels. Fresh and newness alone could carry a vic, and case, for that matter, a long, long way. Most enticing was the prospect that this one might be solved, quick and clean. Such a promise is what kept men like me showing up to terrible diners like this in the middle of the night.

Crouching, I took one of the vic’s wrists between my thumb and forefinger. Athletic build, sinewed arms terminating in long fingers. Sparse, dark hairs ran the length of the skin. Still warm.

“D,” I said, looking down at the vic’s shoes. Sneakers. Worn. The kind of kick arounds you put on when you leave the house for a chore you don’t want to do. Quick and practical.

D shrugged, “I think one of the forensics that are hyperventilating over there.”

I turned around. Saw them doing as much.

“Oh? You don’t think I should be touching the vic without gloves, eh?”

No one responded. The place had grown silent when I went down close to the body. The nerds just glared at me. I dropped the wrist and rose.

“That plastic must have got in the way of you noticing one important thing.” Outside it started to pour.

“Whoever gave the T-O-D was wrong,” I said, stepping over the vic to get closer to the door. I felt the anger welling within me eat the rest of my weariness. What a world.

One of the nerds collapsed. Feinted.

He spun the grains in twirled design. Waves rippling into stasis. Shifting carefully to the side, the gardener dragged the rake around him. Slowly, so as not to disturb the work. He stepped lightly behind the pattern. Always ahead of him. Never stop. The tool must continue. The art following.

The teeth passed through the grains, coalescing around. Sun beat upon the dry cracked moonscape. Shielding his face with one hand, he moved deftly. The ideal, he knew, a smooth glide. No matter how his body ached. How the heat sent peals of stinging sweat into his eyes.

He persisted. Decades passed and now his life mirrored the efforts in the sand. Hard weathered hands gripped the tool and led it raking across. The drone came from far away. A humming electric slicing through reverie. Growing.

Something like sadness passed across the gardener’s face. The work would stand, for now. But he would have to go. Taking in the work, he breathed a deep sigh. Always the same. Never wanting the end. A hard scrape and we would be back in a day, to start new again.

The sound grew. Urgency now, winnowing through the canyons beyond. Goodbye, the gardener turned. Oblivion to come here now. Life lived and the work of art to begin after. But now, the range was live and from above, erasure.

Coffee is not supposed to be sour. Tendrils of steam lick and coil up from the hot liquid. A performance that may have enticed me to want a drink if they’d been recorded in a pic or holo. But here, in front of me, and after the first taste. No.

Turning from the brown disappointment, I find the animal outside my window, grazing mechanically. Probably not dangerous but might be. I don’t have enough money to stay here much longer. The ticking of the old world clock becomes present, as if I needed another reminder. Couldn’t have afforded a weapon if I’d collected all my credits and bargained to the lowest, cheapest taker. Wouldn’t even have got close.

Not that weapons can protect me at this point. And safety was never really achievable to begin with. So I’ll keep scribbling here until it finds me or I’m forced out again by hunger or voidsmen.

In the meantime, I’ve got stories to tell. 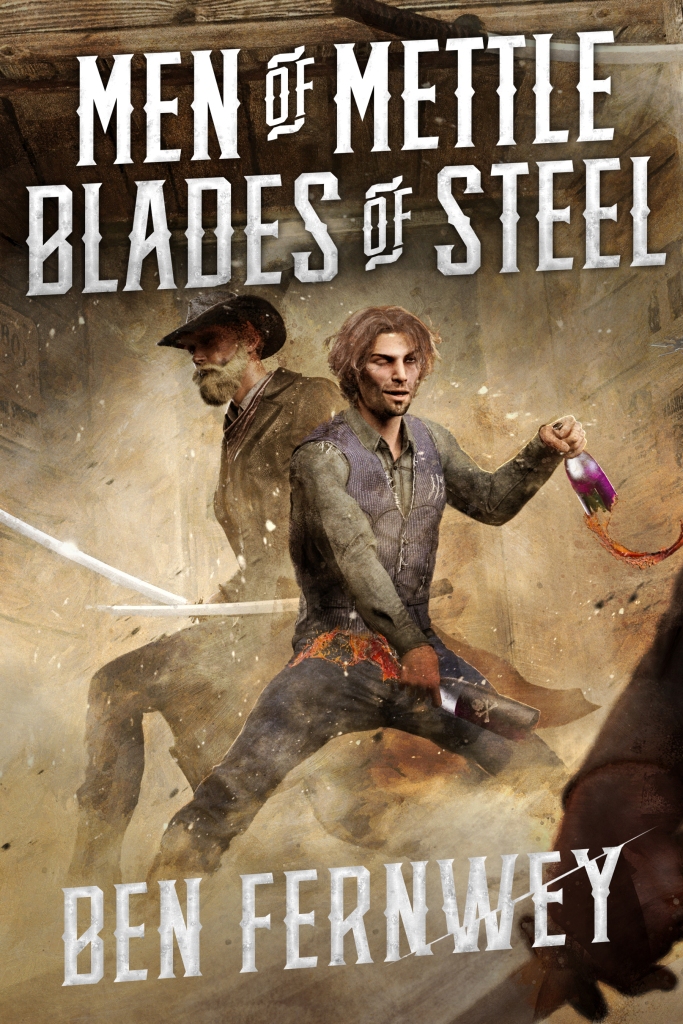 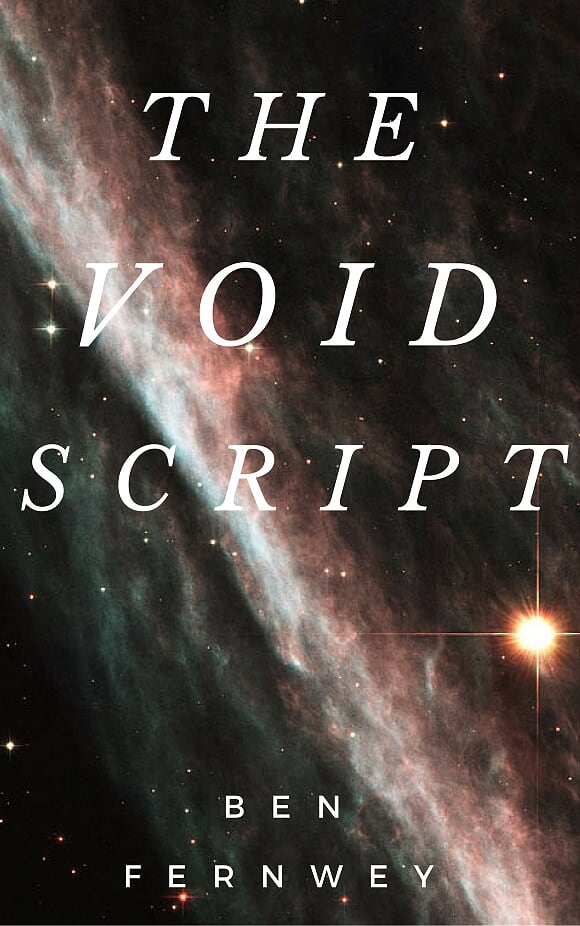